Great introduction to backpacking. Low intensity approach with a scree slope at the end provides access to a series of lakes for backcountry camping and fishing. A small water feature can be found off the side of the path. Lineham ridge can also be accessed from here with a short hike.

Park at the Lantern Creek day use area and cross the street. Follow the highway north for a minute until a clear path is seen on the right by the water drainage. The trail towards the lakes is easy to follow and stays predominantly in the shade with the exception of a few clearings and the scree slope at the end. After 3.7km, turn right to proceed up Lineham ridge or descend to the left towards the lakes. As you continue forward, a trail through dense trees on the left or across a scree slope on the right will take you between the third and fourth lakes.

The First of Many

While booking campsites around Kananaskis or Banff can feel challenging on a good year, it felt like Hercules' 13th labour in the middle of a pandemic. This prompted me to start exploring viable areas to start backcountry camping that have an accessible approach to ease into things. A colleague had mentioned Pickle Jar lakes in conversation and it seemed like a great way to dip our toes into it.

Simultaneously over and underpacked, this initial foray had an equal amount of "ah-ha!" and clumsy moments. One of our favourite discoveries was the Backpacker's Pantry Creme Brulee that hit all the right spots as we waited for the setting sun.

The approach itself was straightforward and had the occasional clearing to enjoy the scenery. Rolling hills speckled with flowers greeted us each time we came around the bend. The views really open up as you pop out at the foot of Lineham Ridge. While we didn't know at the time, the peaks in the background conceals a series of headwall lakes that became our next destination.

Coming down the scree slope made me realize how much poles can help stabilize you. Combined with a 40lbs pack I did not have my usual confidence as I skipped between the small boulders. As you proceed through the trees between the first and second lake, a small path to the left takes you to a small waterfall.

The entire area is surrounded by a spectacular ridge. On opposite sides, wide sweeping curves in the rock leaned towards each other with an unnamed peak emerging whence they met. I didn't have the opportunity to be on the ridgeline during sunset but imagine it would make for great photos the next time I'm back.

Perched between the third and fourth lake, we stopped to set up camp and enjoy our first backpacking meal. The experience only wet my appetite and started turning gears in my head for what we can try to cook the next time. The highlight of today's show was definitely the lake side creme brulee while the sun set over Kananaskis.

I was pretty excited to try bring our Marmot Limelight 3P with us on this trip. While I had originally chosen it for frontcountry camping, at 6lbs it's only 1lb heavier than the MSR Mutha Hubba but offered significantly more space inside. The prebent poles and boxy base meant you could comfortably sit anywhere in the tent without bending your head. This also meant Baloo had lots of space to roll around in his sleep.

Time to Zoom In

Realizing that I would be spending more and more time in the mountains I decided to try and improve my landscape photography. Not really knowing how to compose my frame or handle the post-processing afterwards, I began researching techniques to try. I ended up really enjoying the content from Andy Mumford.

Like many others, I had previously only considered landscape photography through a (ultra)wide angle lens. Unfortunately this approach is prone to including a lot of distracting details. To better focus your attention, Andy suggests using a telephoto instead. Isolating the interesting parts of the scene and using them to emphasize the mood of the moment.

That night, it had felt like a volcano was erupting over the ridge next to us. A wide firey plume of cloud stretched across the sky with its glowing underbelly. The intensity and drama of the scene ahead of us almost made us miss the twisting clouds and hues behind us.

Not used to be being awake for a full day from morning till midnight, Baloo was absolutely exhausted. We had shortened an old child's sleeping bag for him in which he was happily dreaming in seconds. For us, the night felt longer than needed as we concluded we should have bought those ultralight pillows after all. 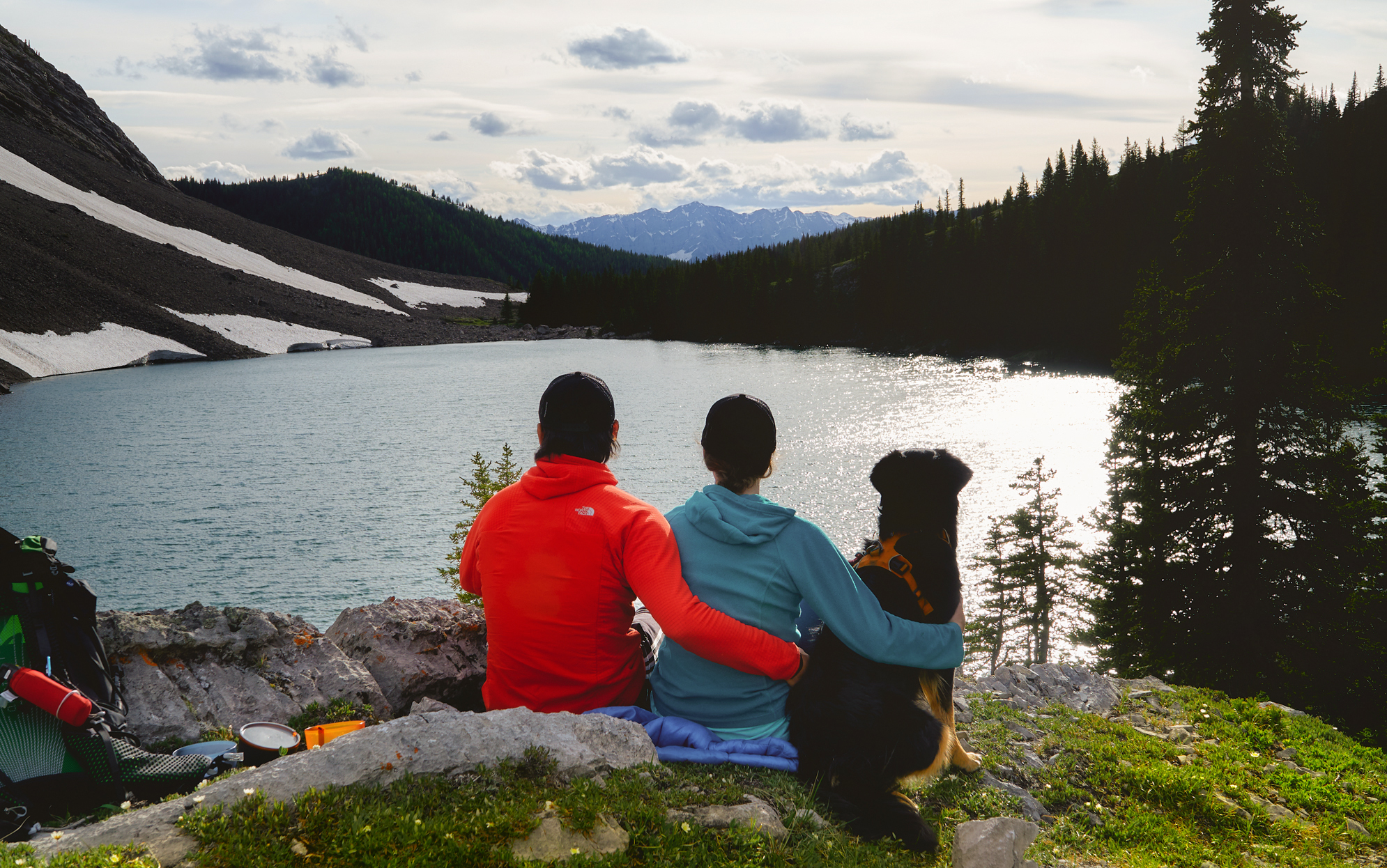 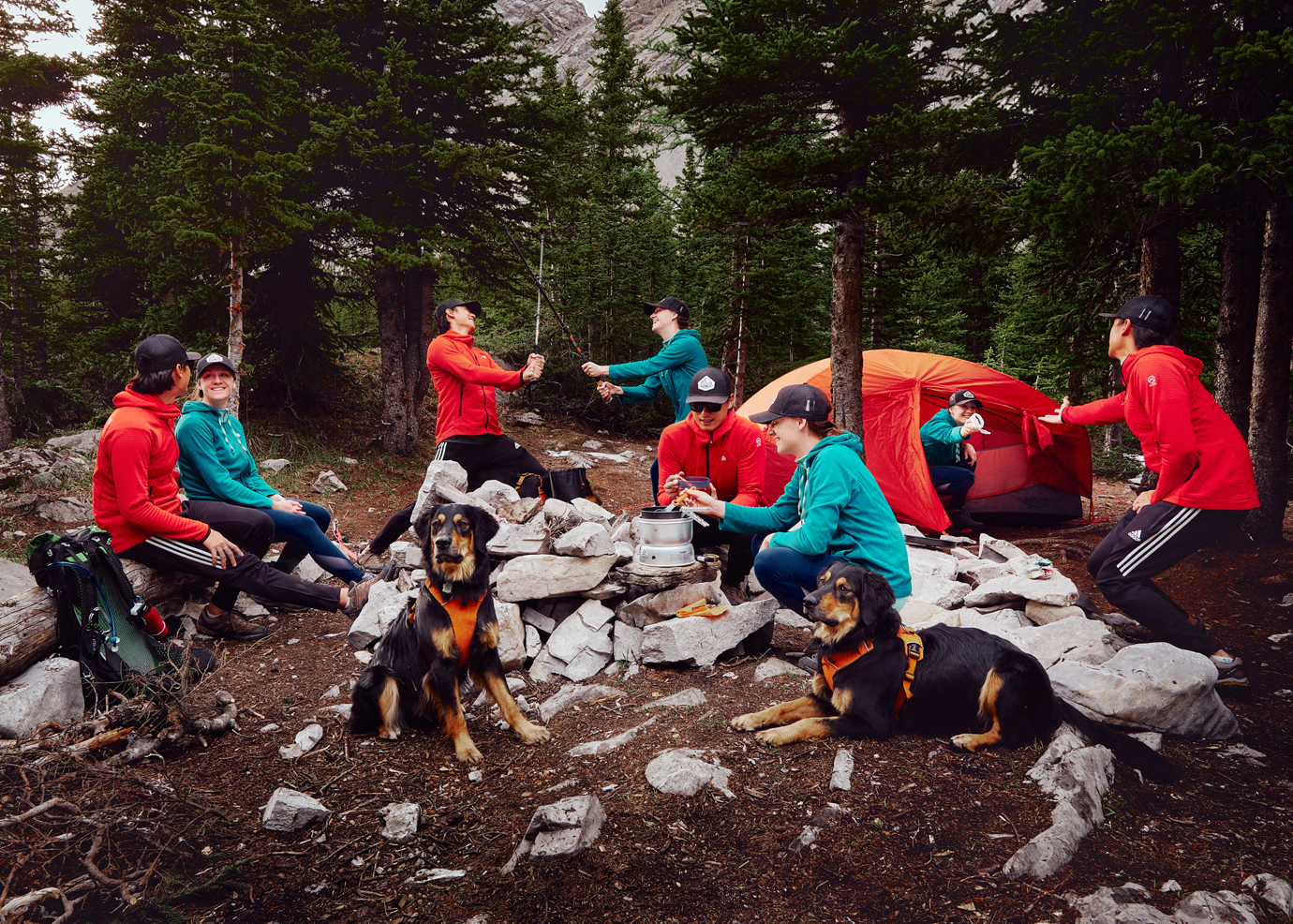 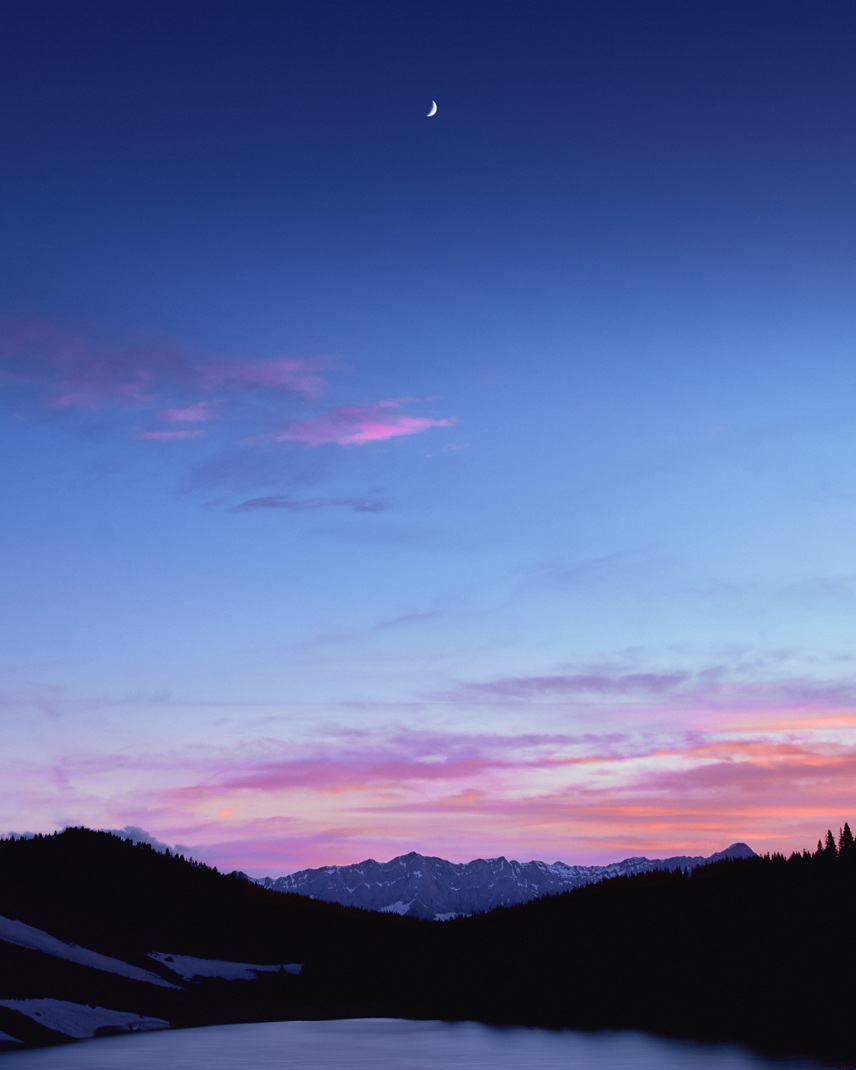 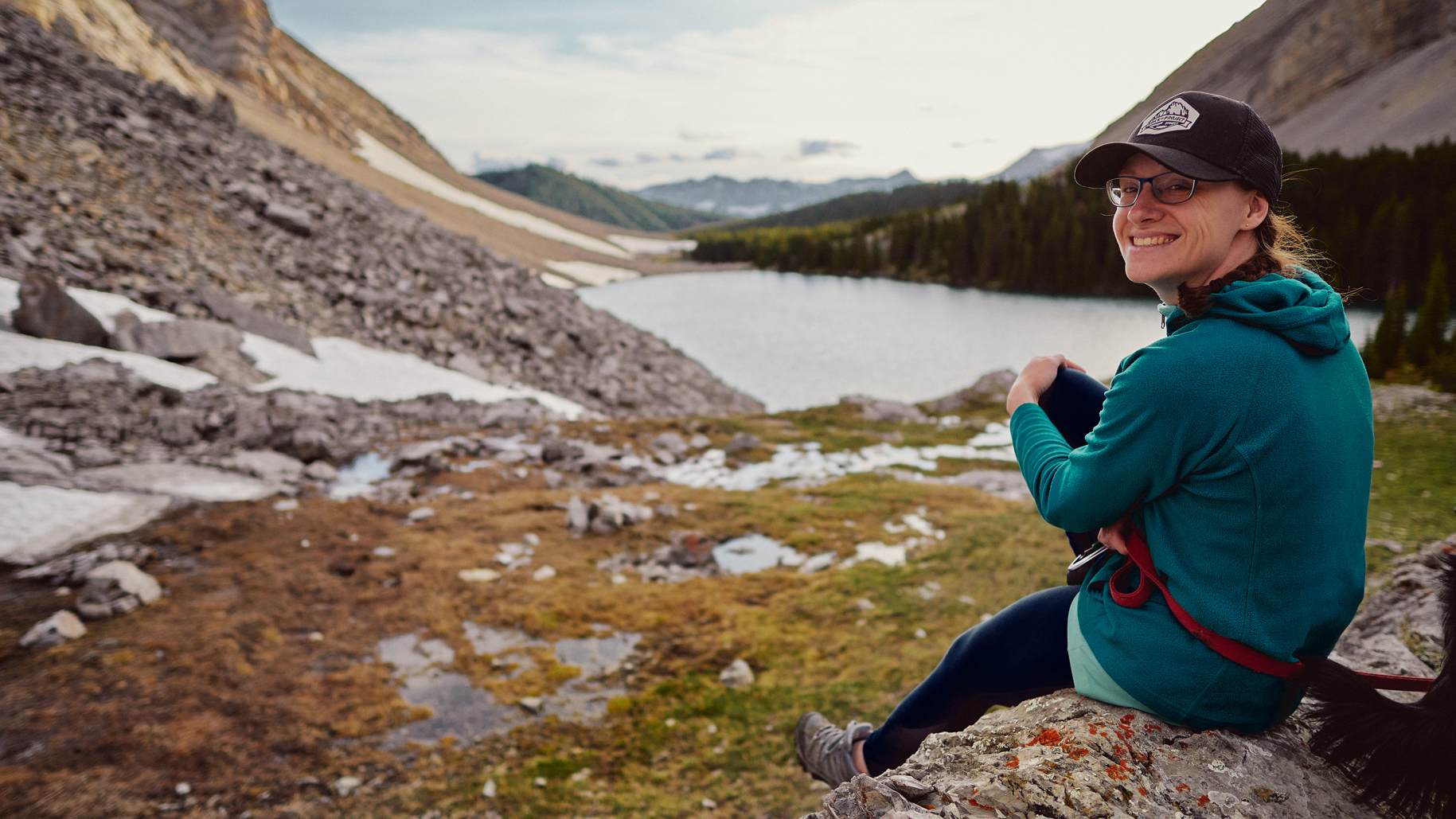 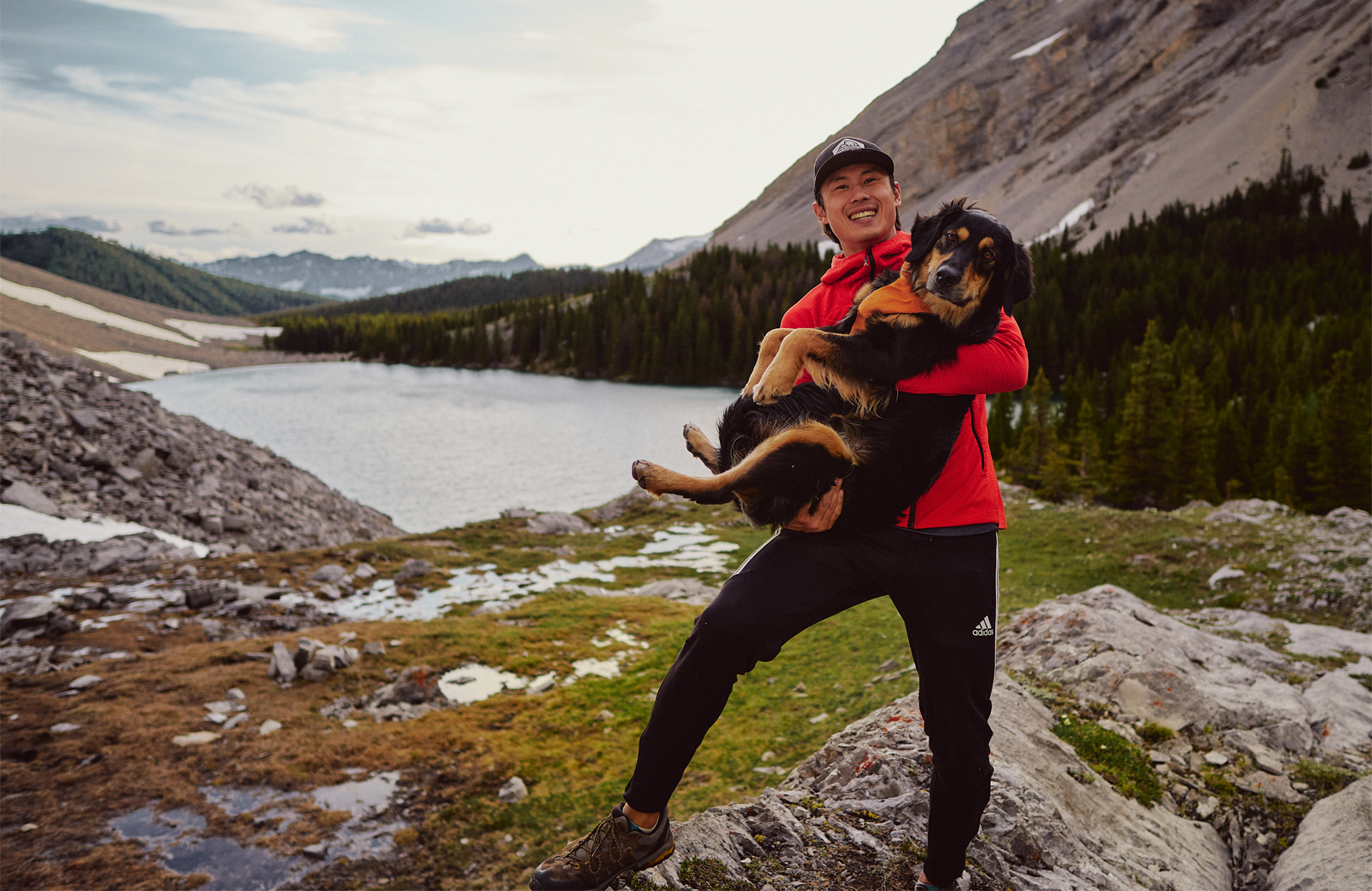 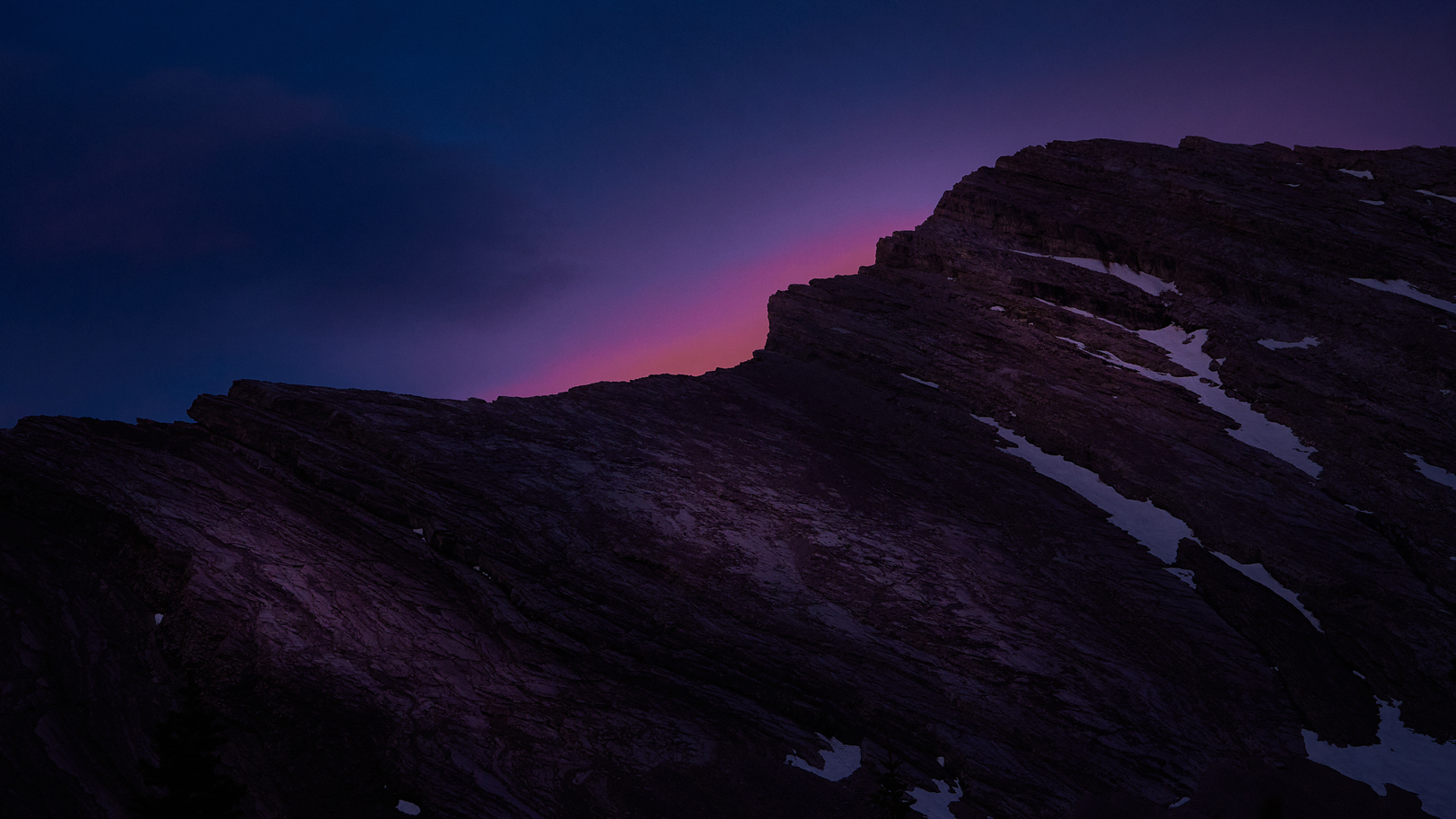 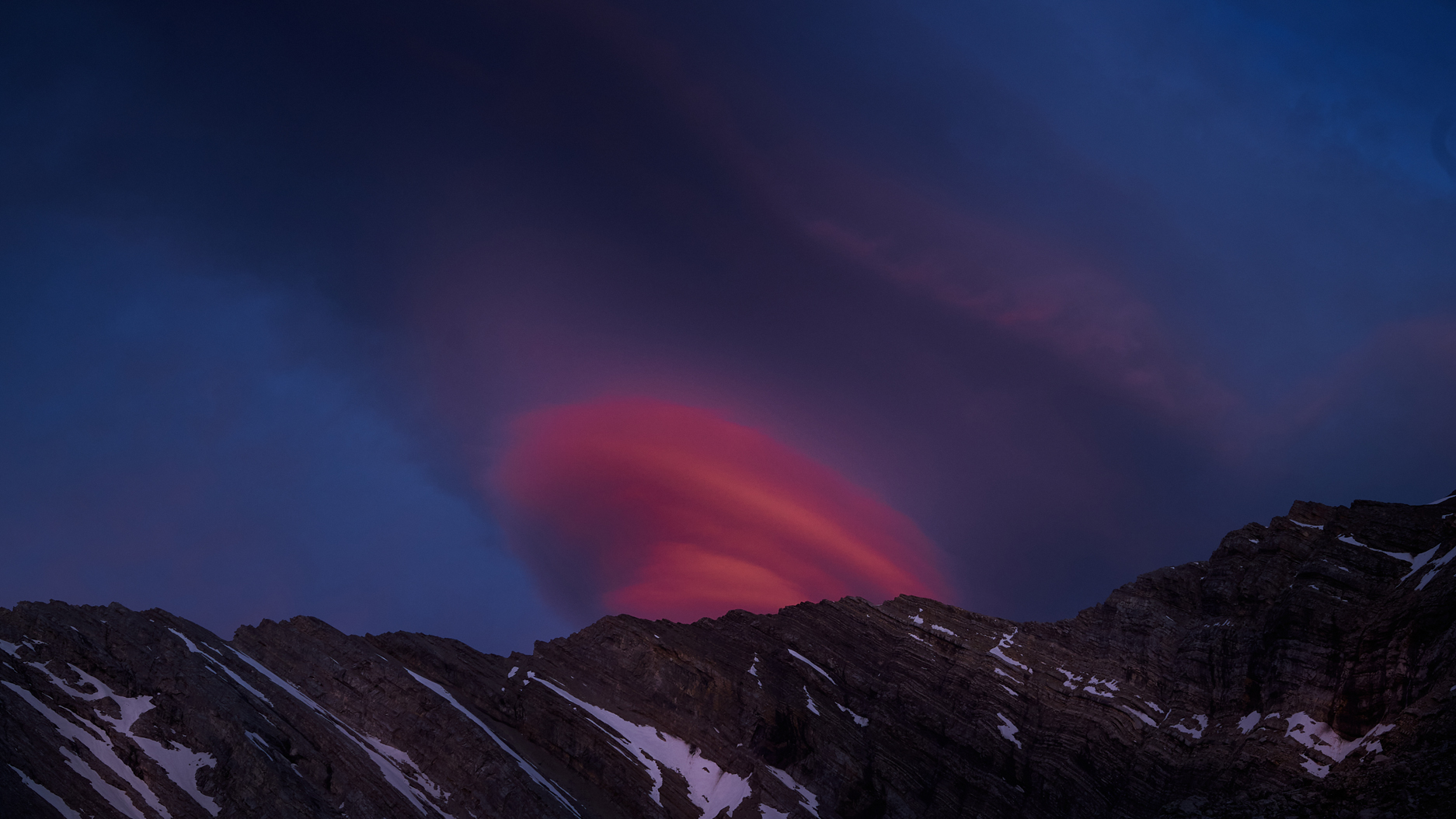 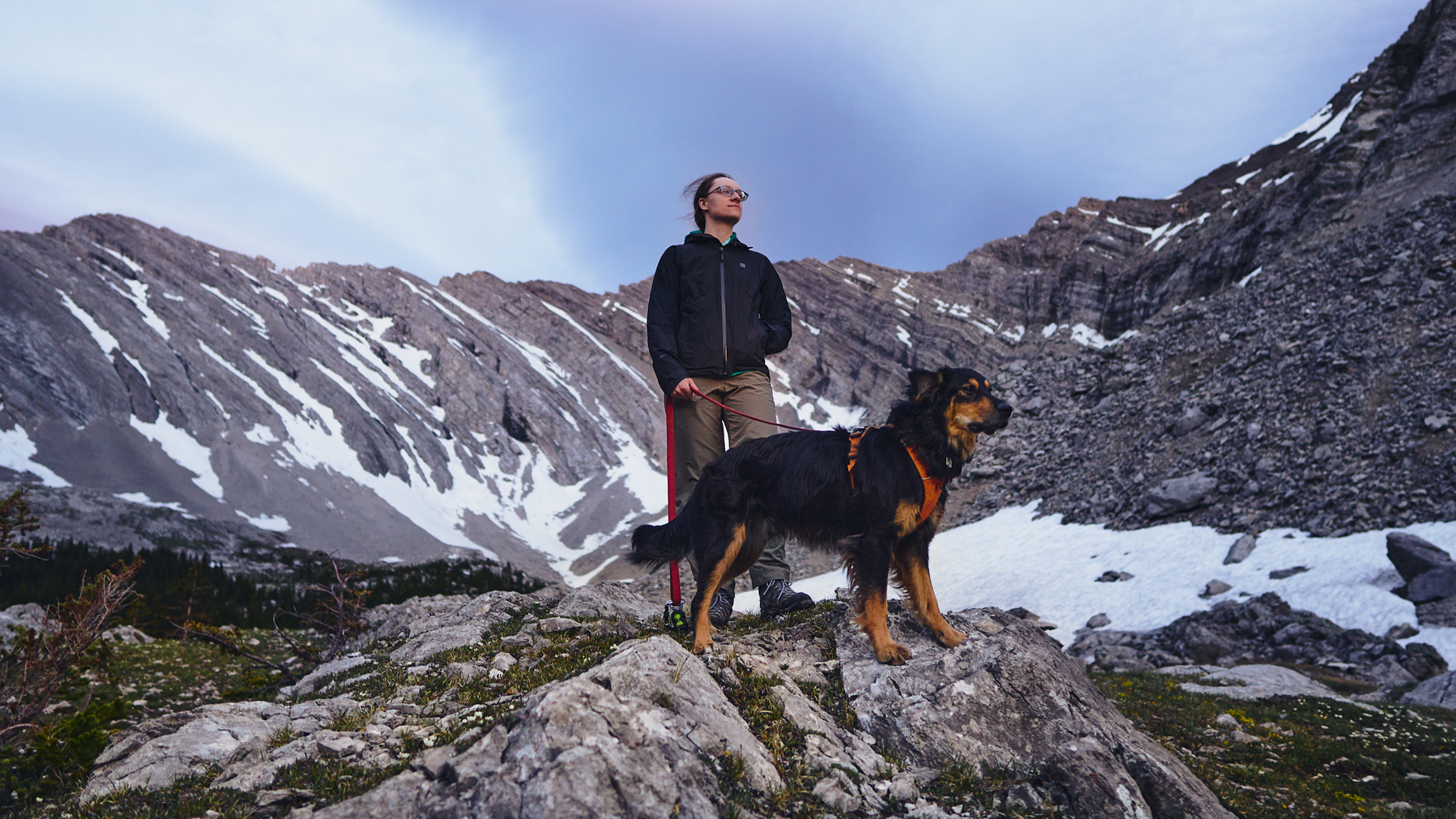 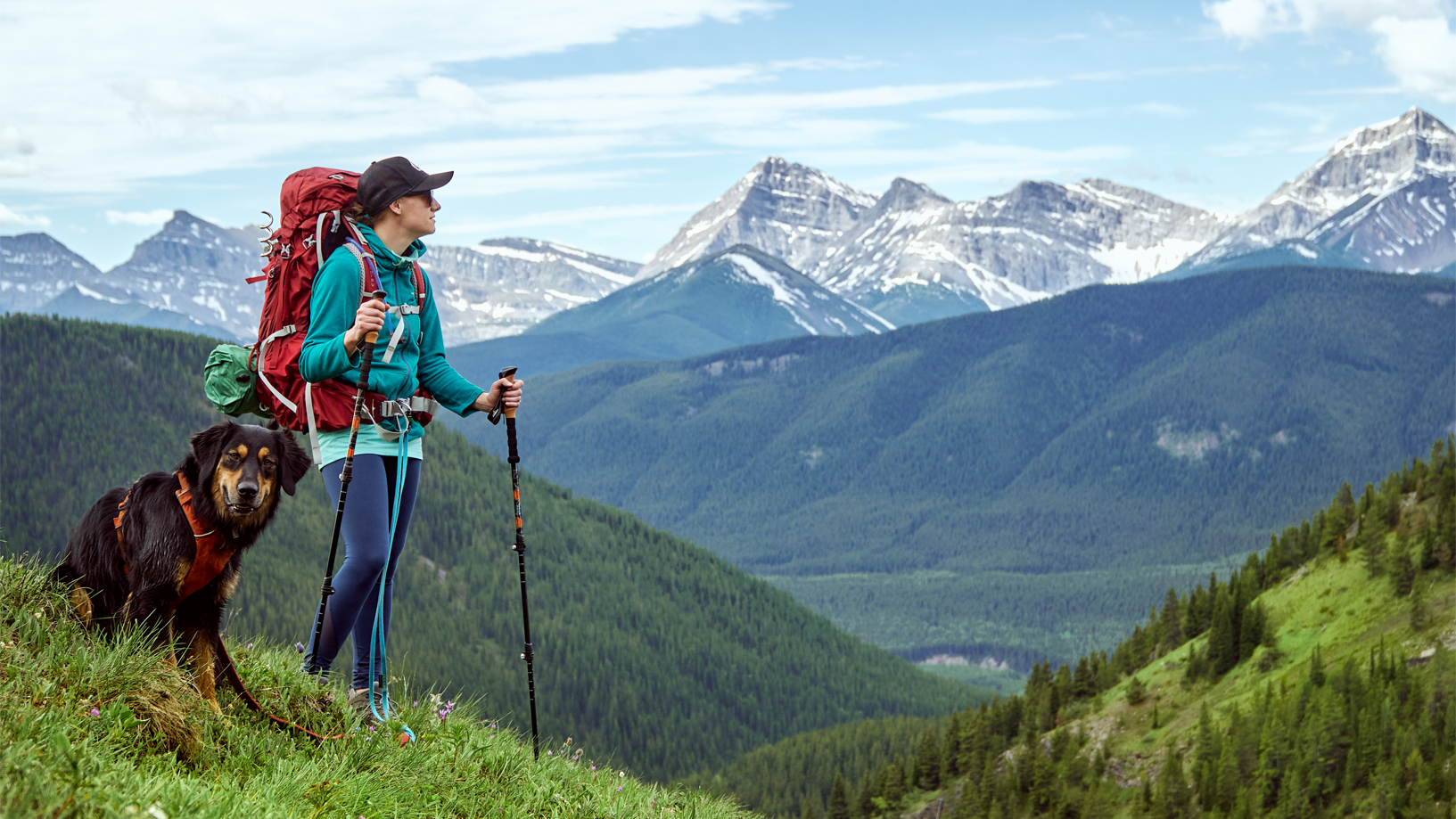 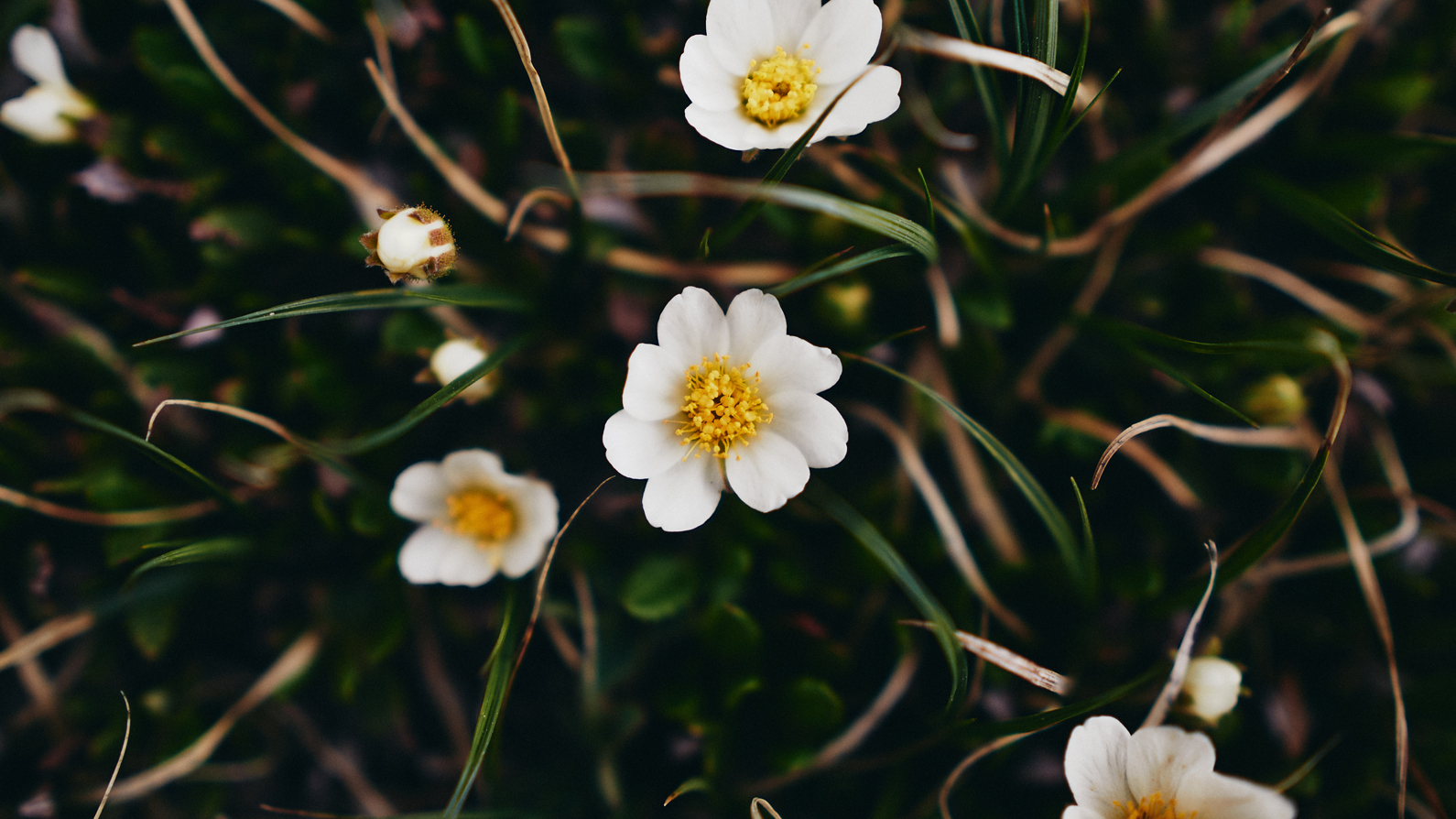