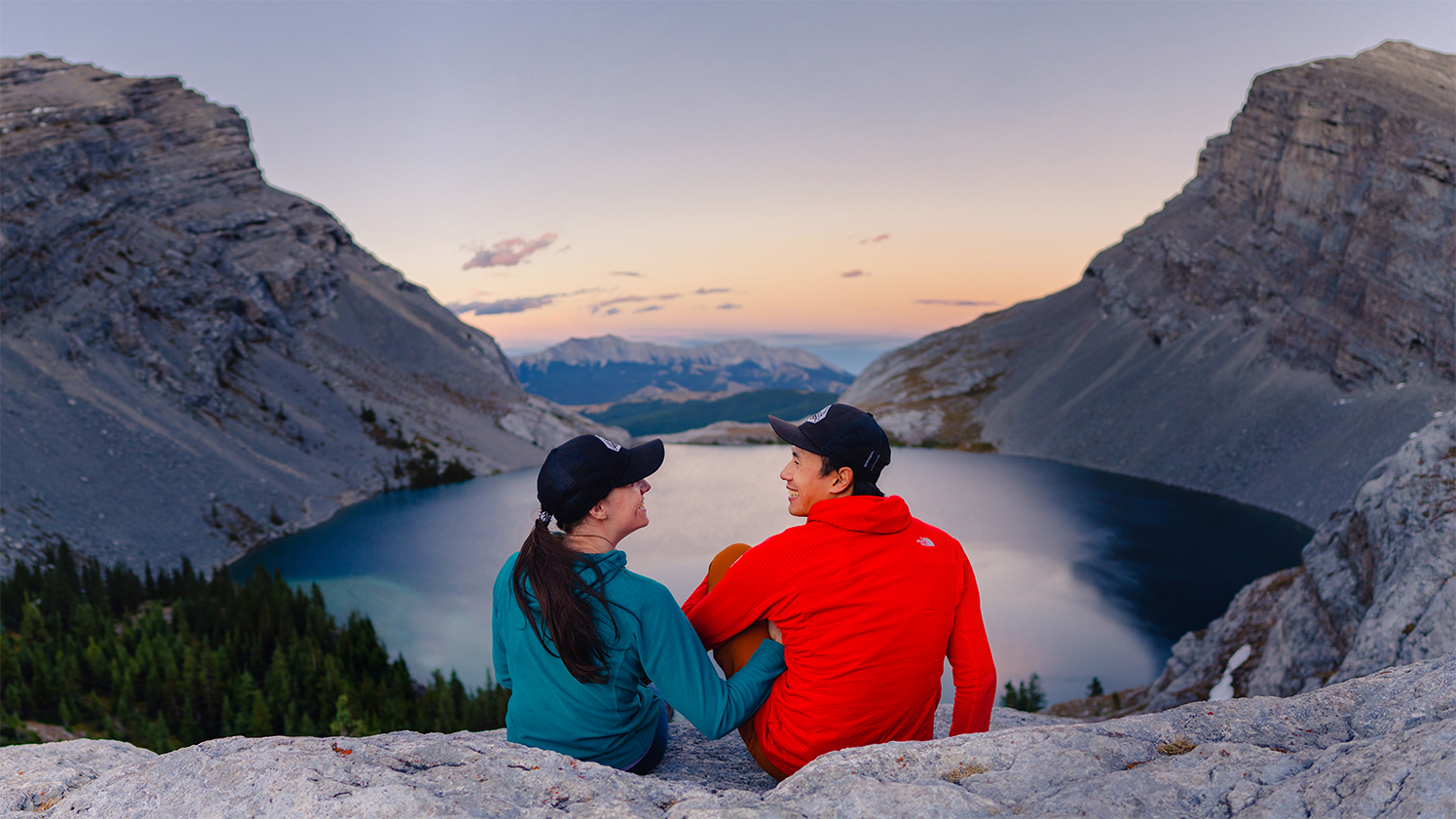 Absolutely stunning headwall lake with a straightforward approach. The trail in features a small river crossing, traversing a scree slope, and climbing a small slab with chains. Backcountry campsites and fishing is available with access to neighboring peaks for day trips (Mount Stratchan, Sharkland, Muir). The path itself is bikeable until the last scree section. Abundance of berries made this popular area amongst local bears.

Park at the Cat Creek Provincial Recreation Area trailhead and follow the wide trail northwest out of the parking lot. The first 5km follows an access road but there is a river crossing at roughly 2.7km in. The water was mid-calf deep in September but would be higher earlier in the season due to glacial melts. Around the 5km mark you will see a few campsites, walk past them and make a right up a steep scree path marked by a ribbon.

From there, follow a long path along the side of a scree slope towards a small waterfall. Chains are provided and make the climb significantly easier (especially if you're bringing a dog). After three short chain sections (the third one up a slab) you will emerge at the foot of the lake. Continue along the path on the right to head to the back of the lake to find campsites under the headwall.

With my cabin fever at all time high (thanks Covid) what better time to take what we love about camping and hiking and smash it together into one. One of the main factors was my desire to improve at landscape photography. One of the key skills that becomes increasingly important during your evolution as a photographer is your ability to control light. Now forsaken by the sun god Ra, I am forced to wake up miserably early or stay up to catch all the wonderful colours and shapes the mountains have to offer.

Having only recently lost our backpacking virginity this trail seemed perfect. Besides the access road portion of the hike in, this was our first river crossing and approach with chains as well. This made for a very memorable experience.

Not pictured here was my excitement to try splashing around in my new DWR coated North Face hiking pants. I had recently discovered I'm a size 6 womans and realized there's a plethora of great tech gear available in the clearance section. I was genuinely surprised. Not only was the moisture around the cuffs minimal, but what little water there was dried up in 15 minutes. The bigger problem was my frosty toes.

I am the Anakin Skywalker of scree. Seriously. I suck at scree skiing, the little rocks that get in your shoe feel like a million lego pieces, and my knees are not the biggest fans either. Unfortunately, many of my favourite hikes thus far involve crossing scree slopes to a greater or lesser degree. Basia on the other hand looks like Eddie the Eagle incarnate and blasts her way down.

At this point in the hike we were nearing the headwall. The trickling water collected in a small basin and provided a nice refresher for Baloo. Next up were the three chains.

Climbing the chains with day packs would have been a straightforward task. Climbing the chains with a 50lbs pack and a dog who's suddenly nervous on slabs was a touch more difficult. Although Baloo is basically a goat on most slabs we cross, he seemed to want extra support up today's headwall. In terms of difficulty, it was reminiscient of some of the 5.5s at Wasootch Slabs.

I had previously never considered that a lake could be tucked away like this. Growing up my family had spent many days at various lakes around Kananaskis and Banff. At some point my mind just assumed they must all be at road level. Coming around the corner and emerging from the headwall was absolutely stunning. The water was a deep Carribean blue with an emerald vignette near the shore surrounded by towering peaks to either side.

We enjoyed the scenery as we made our way around the last scree slope of the journey towards the various campsites at the back of the lake. Besides a pair of fisherman, we were the only ones here that day. After a good 4 hour approach we were ready for a break.

The hammock has now become one of the first things we throw in our backpack. After discovering how amazing it is to set one up while we climb or relax by the lake, making room for it in our packs was a no brainer. Baloo was more enticed by the turquoise waters and daintily slipped into the lake and paddled around with no particular destination in mind.

After a couple outings now with our Trangia alcohol stove and the Pocket Rocket, I can definitely see the benefits of both. If you aren't in a hurry, the silently operating Trangia burner makes for much more tranquil experience. In anticipation of the setting sun, we decided to cook our butter chicken up on the headwall.

There were a few things I was excited to try on this trip. Bracketed HDR composites, panoramas with the camera set back, creating colour contrast with the headlight, and trying to use the telephoto for more minimalist compositions. I'd like to say there was an element of success among these goals...maybe. Hopefully.

I was delighted by how this shot came out. Using the Sigma 16mm f1.4 created just enough bokeh to create some separation from the subjects without blurring too much of the landscape itself. The soft sun setting behind Mount Shankland cradled the area in a perfect soft light and really brought out the colours. The final result from the Sigma came out tack sharp (shot wide open), very impressed.

More and more stars came out to play as the milky way slowly graced us with her presence. This was a slightly tricky-to-composite long exposure panorama that I was also very happy with. The larger aperture from the f1.4 helped produce much cleaner and less streaky shots of the stars. We played around with some more long exposure ideas before calling it a night, knowing that I'd be waking up early to catch the sunrise.

Throughout the night there was definitely something skulking around the headwall. Foot steps had thumped around the trees near the campsites and some rocks had been knocked down from above. With the bladder capacity of a 2 year old, I was now too nervous to go outside and too squirmy to sleep. This made for a less than restful slumber.

"Blink and you'll miss it" seems to be a common theme in landscape photography. After oozing my way out of bed and setting up my nest on the headwall, I sat and waited for the colours to explode across the sky. A low mist crept in below Cat Creek and Junction hills. The opposing ridge began with a deeper purple colour before the light bloomed over the peaks. For a brief 10 minute window, the sky blossomed into a soft coral with the mist now glowing in the early light. Soon after, the warmth was replaced with cool pastel blues and my appetite came in like a wrecking ball.

After tidying up camp we started heading back towards the trailhead. Heeding a warning from a pair of trail runners we kept an eye out for a juvenile grizzly they saw earlier in their run. The numerous amount of berries in the fall must certainly make it an attractive area. Upon returning to the car Baloo quickly fell asleep for the ride home. 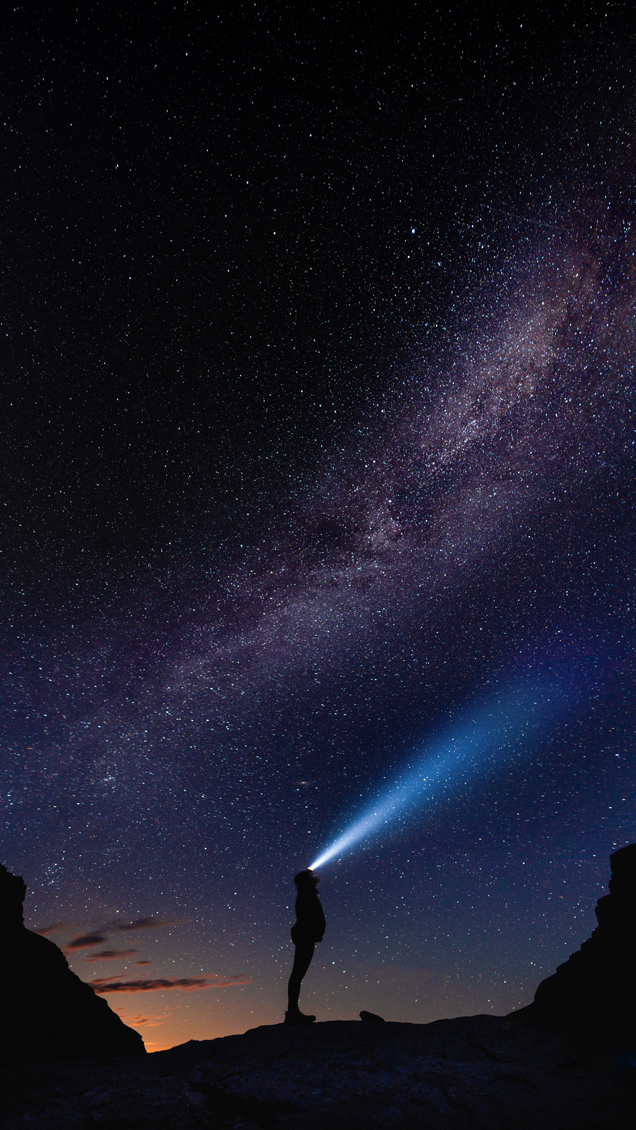 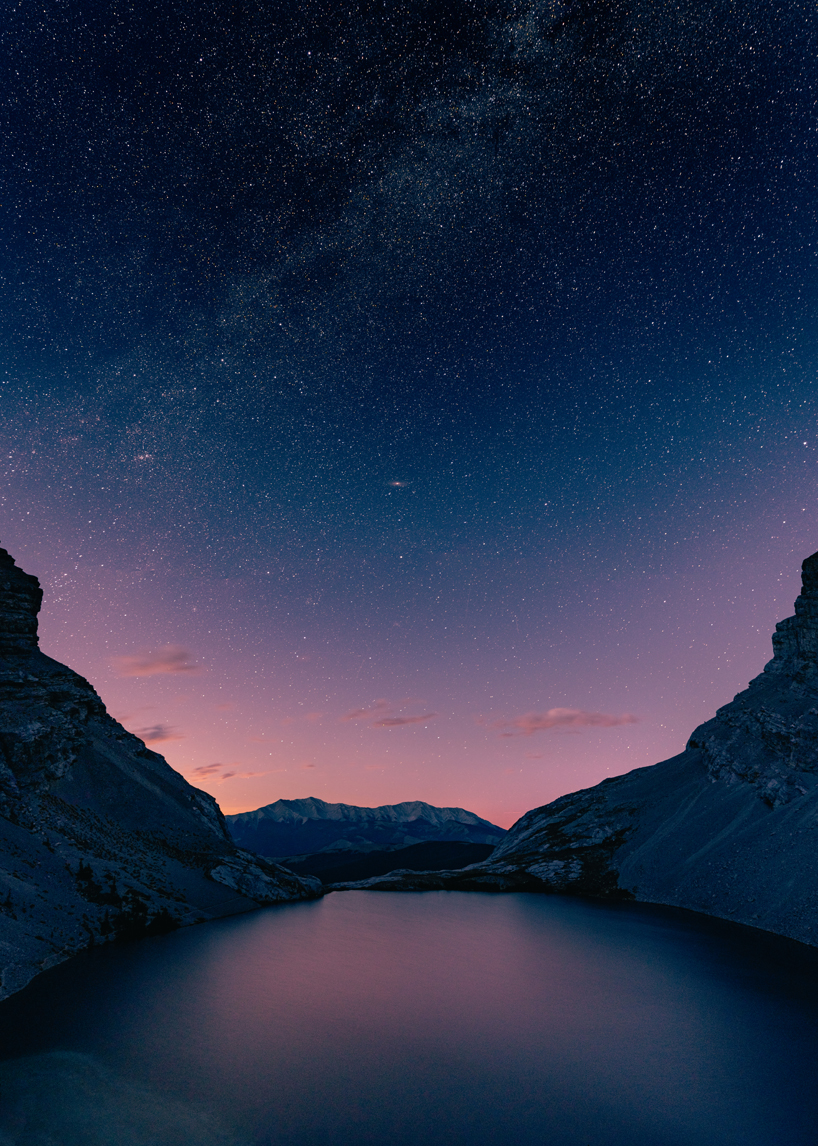 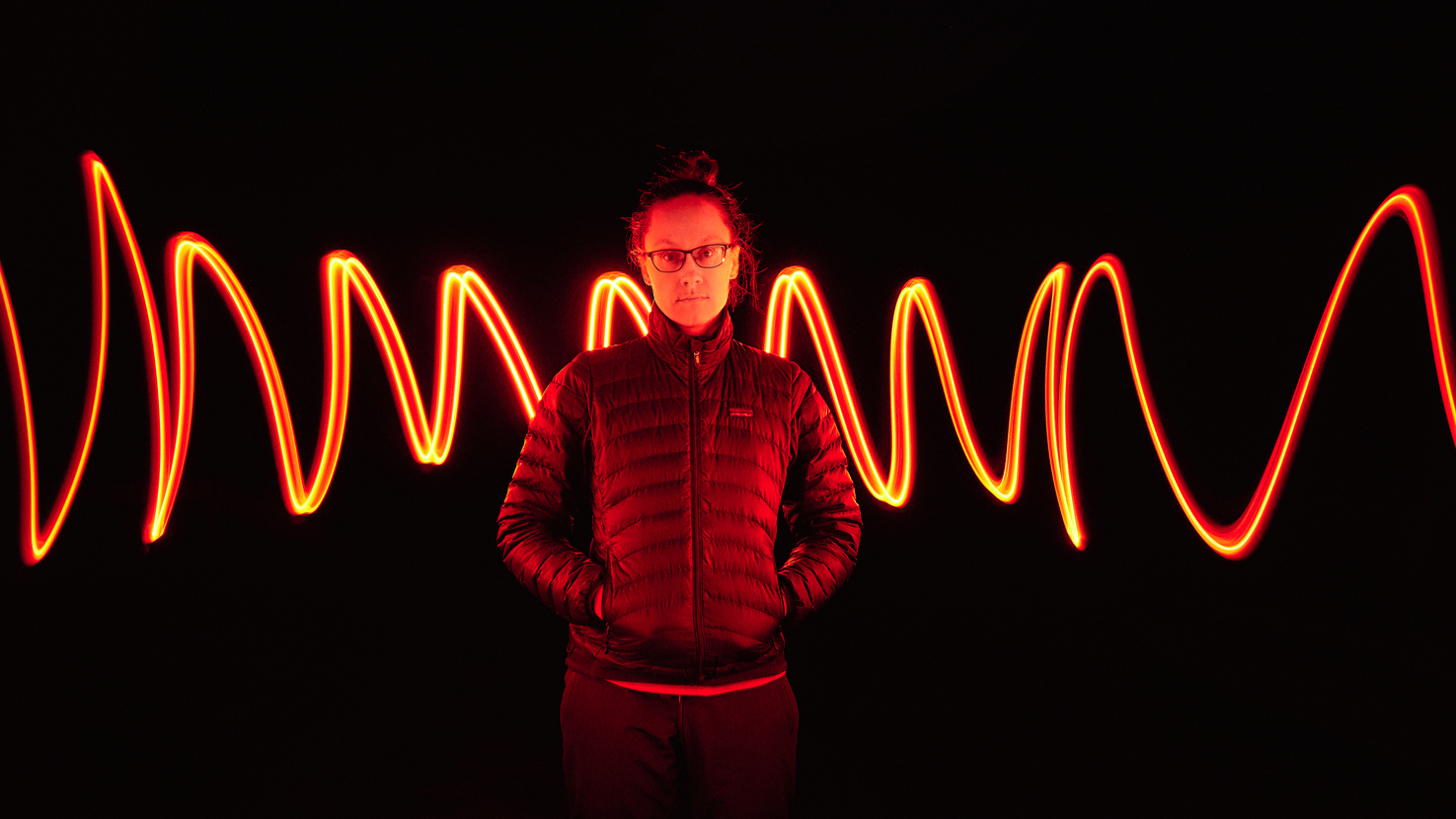 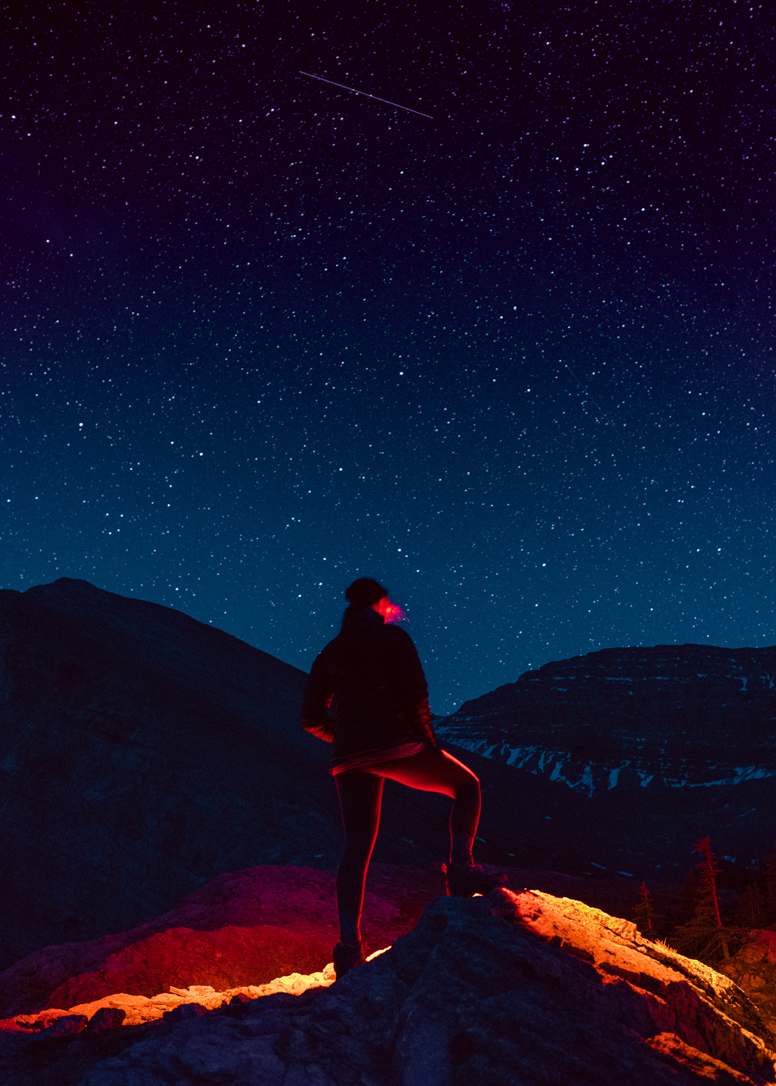 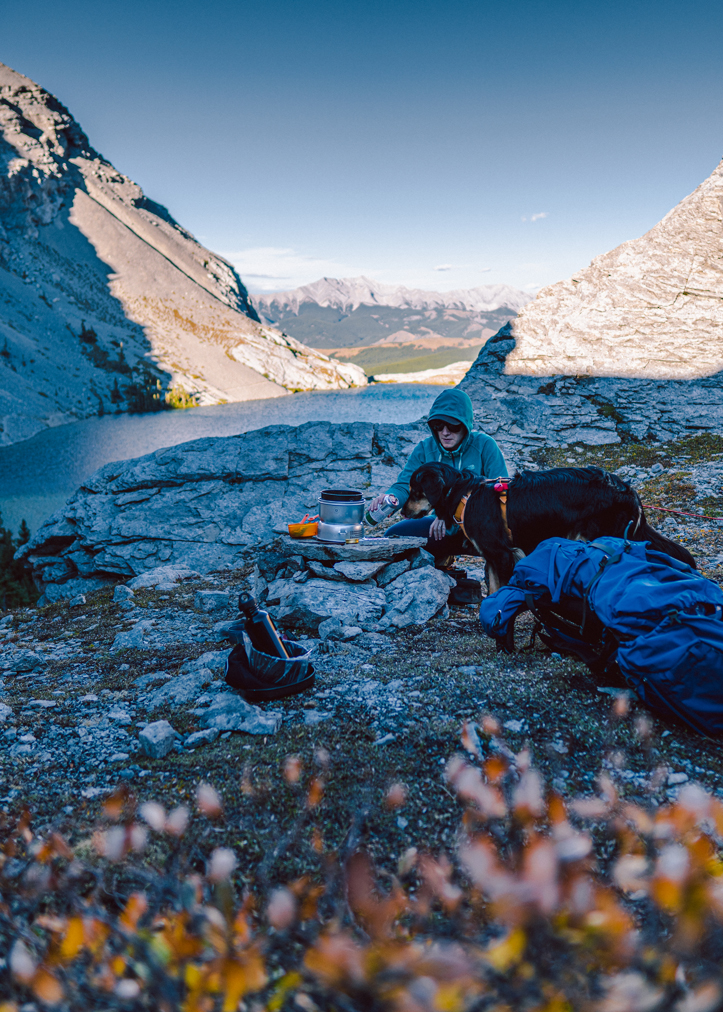 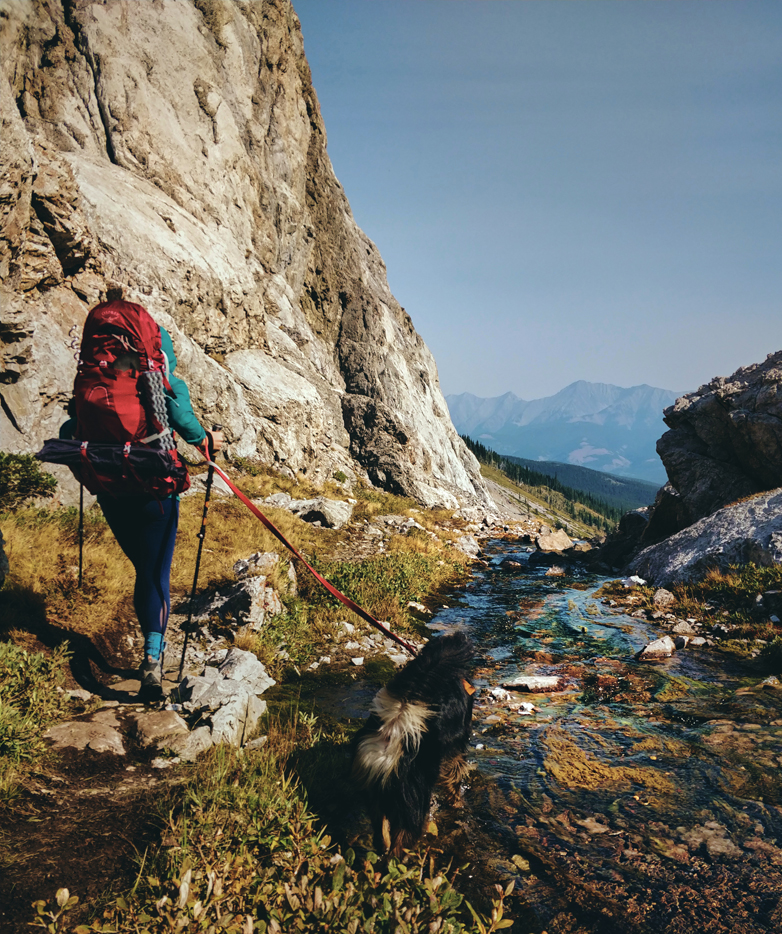 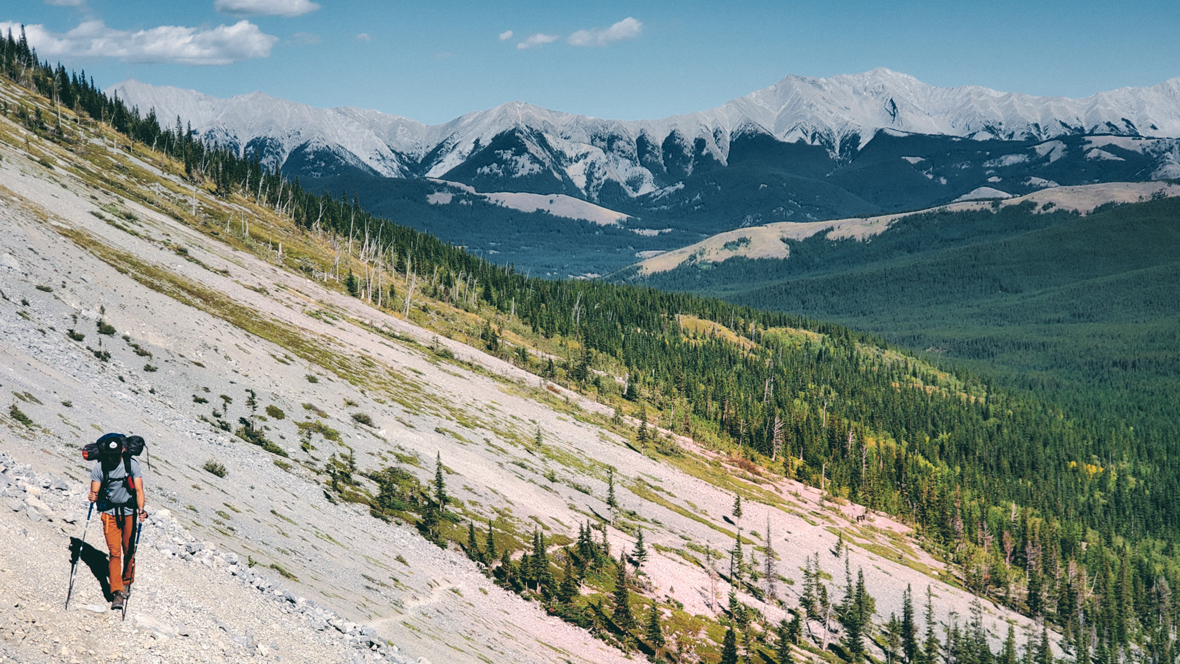 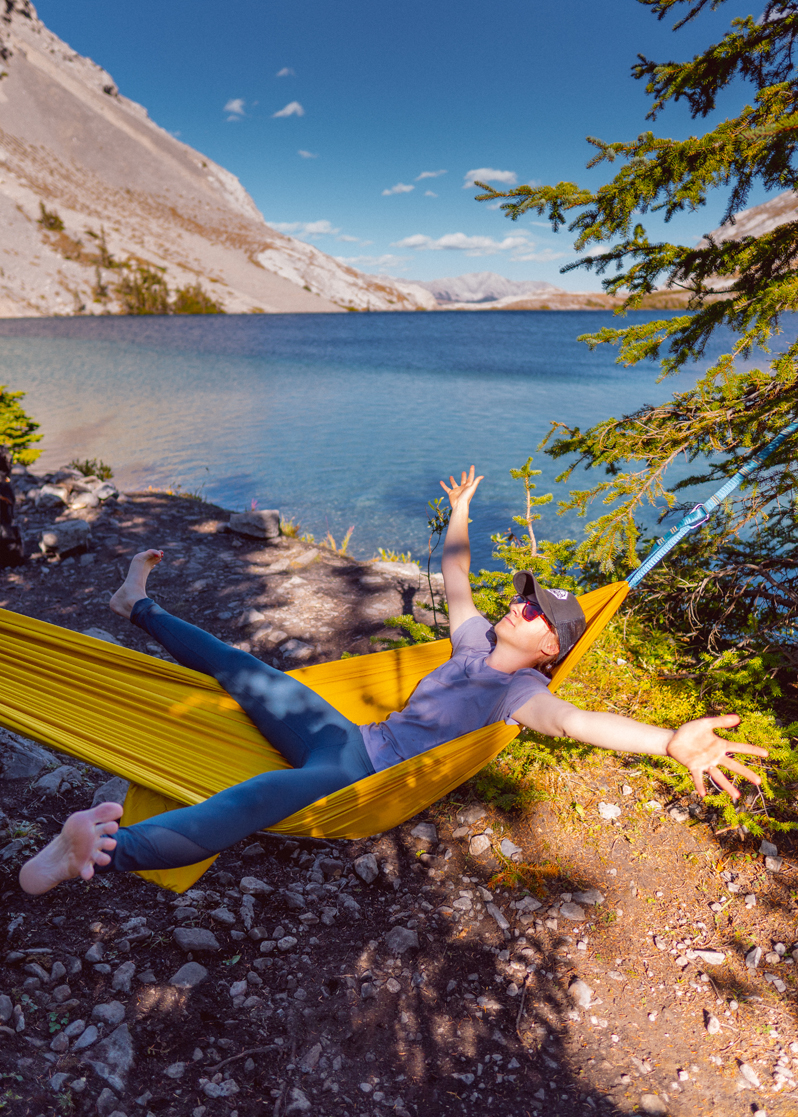 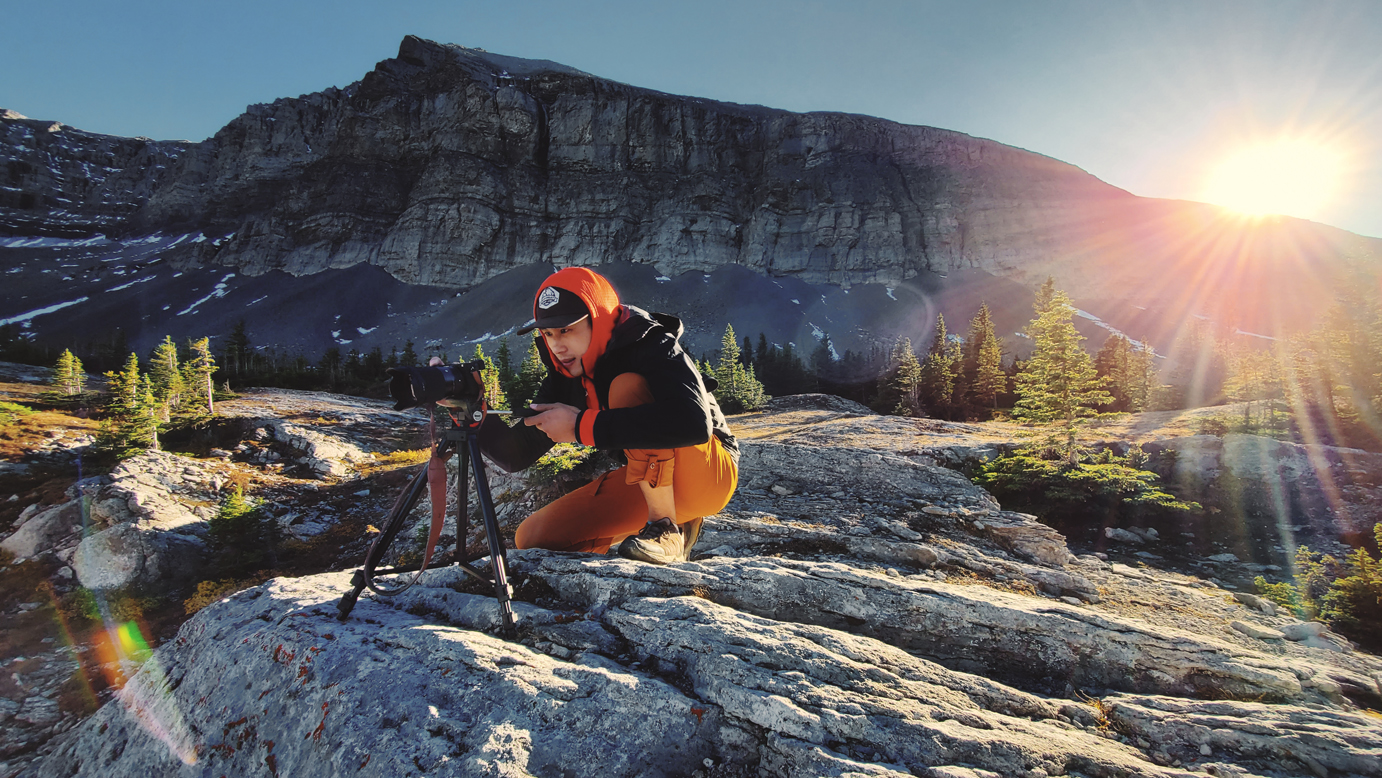