Tucked at the back of Sherbrooke lake, this route offers fluffy low-angle skiing below Mount Ogden. The first section down the bench yields some great face shots prior to the mellow lower section providing 600+ meters of descent total. This area is subject to significant overhead hazard and access requires crossing some large avalanche paths. Large cornices tend to form over the paths on the southwest side of the lake. Access to the Phantom couloir and Paget slide paths can also be found here.

Pass the Great Divide Lodge and park at the Sherbrooke Lake trailhead. The parking lot is small so try to stack vehicles close to each other while being mindful of others.

The route to the lake follows a clearly signed hiking trail. After 1.5km stay left at the fork in the path to proceed to Sherbrooke lake; the right path will take you towards Paget Peak. After reaching the lake, continue towards the north and make your way through some glades across the slide paths. There will be a mellow ramp between the last slide path and the benches. Head up the main bench on the left being aware to avoid the small cliff band on the ride down. After enjoying some turns, the larger slide path provides a nice descent back to the lake.

After nearly missing the turn off for the trailhead, the day was off to a warmer than anticipated start. The trail reminded me a lot of Braggin' Rights as we left the parking lot. The gradual and windy climb felt more like a mountain biking trail than anything else and was quite similar to the hike in at Rockbound Lake. This however meant that the return trip was going to be a quick cruise back.

We reached our first snack break at the edge of Sherbrooke lake after an hour and a half of light skinning. The less than stellar weather occluded the end of the lake and stretched the horizon (and our destination) to infinite. Supposedly the Paget slide paths on the right side make for fun yo-yo laps, fun for another day.

As we exited the last slide path and began climbing up the ramp towards the bench we heard some faint rumbling followed by some snow sluffing off Mount Ogden. Some older avalanche debris had also littered an earlier slide path. With the dense clouds and inability to see the peak, we proceeded with caution.

The storm started picking up as we continued up the ramp next to a small cliff. My hips began creaking all over again with the deepening snow and it wasn't long before I had to tag out with Darren. Both him and Kara seemed to breeze up towards the bench - a clear sign that I need to condition myself better next season.

About 3/4 of the way up the bench we decided to call it a day. The storm continued to get heavier the higher up we went with potential for significant wind loading so we found a nice spot next to some trees to transition. Watching Kara's form on the way down made it apparent to me I need to bend my knees...a lot more. Time for a lot more squats.

Annoyingly enough, the heavy snow seemed to really interfere with the autofocus on the camera and I had a hard time getting it to stick to the rider. It didn't feel like it was hunting so much as thinking some parts of the snow was the subject, especially when they were further away. Darren followed soon after in the blower pow.

As a warning to anyone reading this. In super flat lighting it is incredibly difficult to tell when the slope ends and when the icy lake below begins. This is a fantastic way to either double eject or cartwheel yourself onto the lake, neither of which Kara had to witness (thankfully).

After skinning back across the lake and through the trees for a while we transitioned back and rode the rest of the way back to the parking lot (dodging snowshoers along the way). Will return here another time for better photos as the views are supposed to be quite nice. 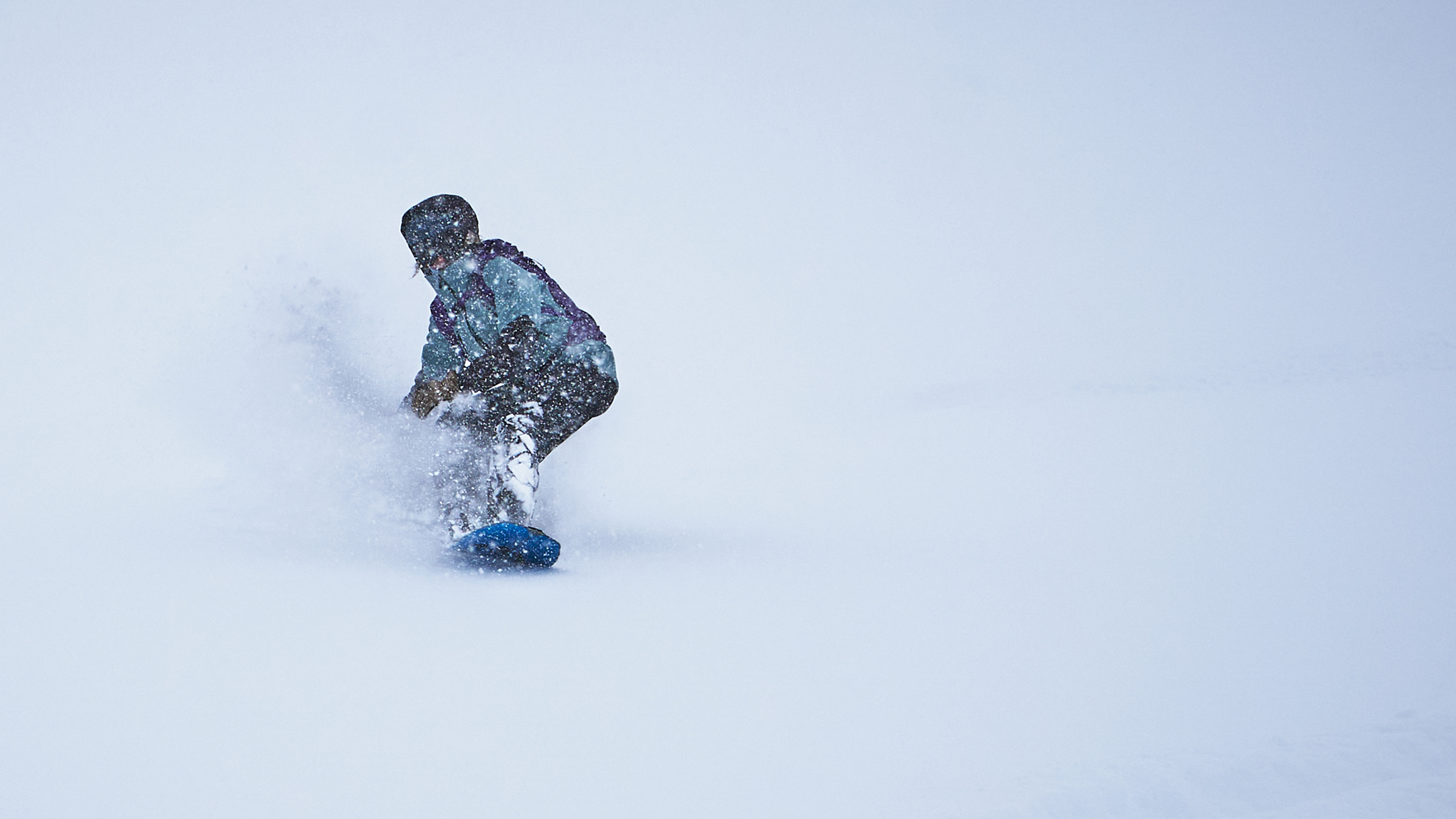 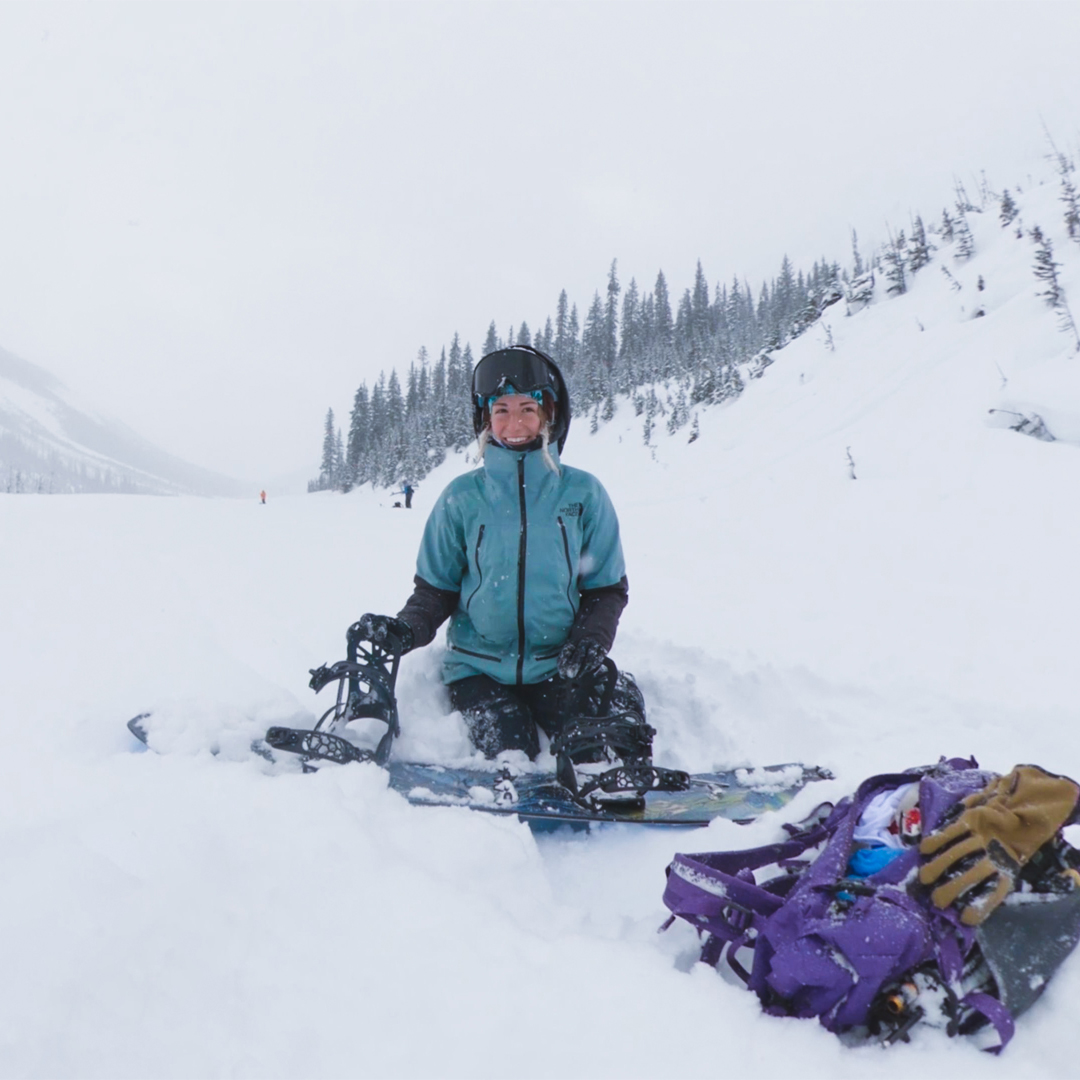 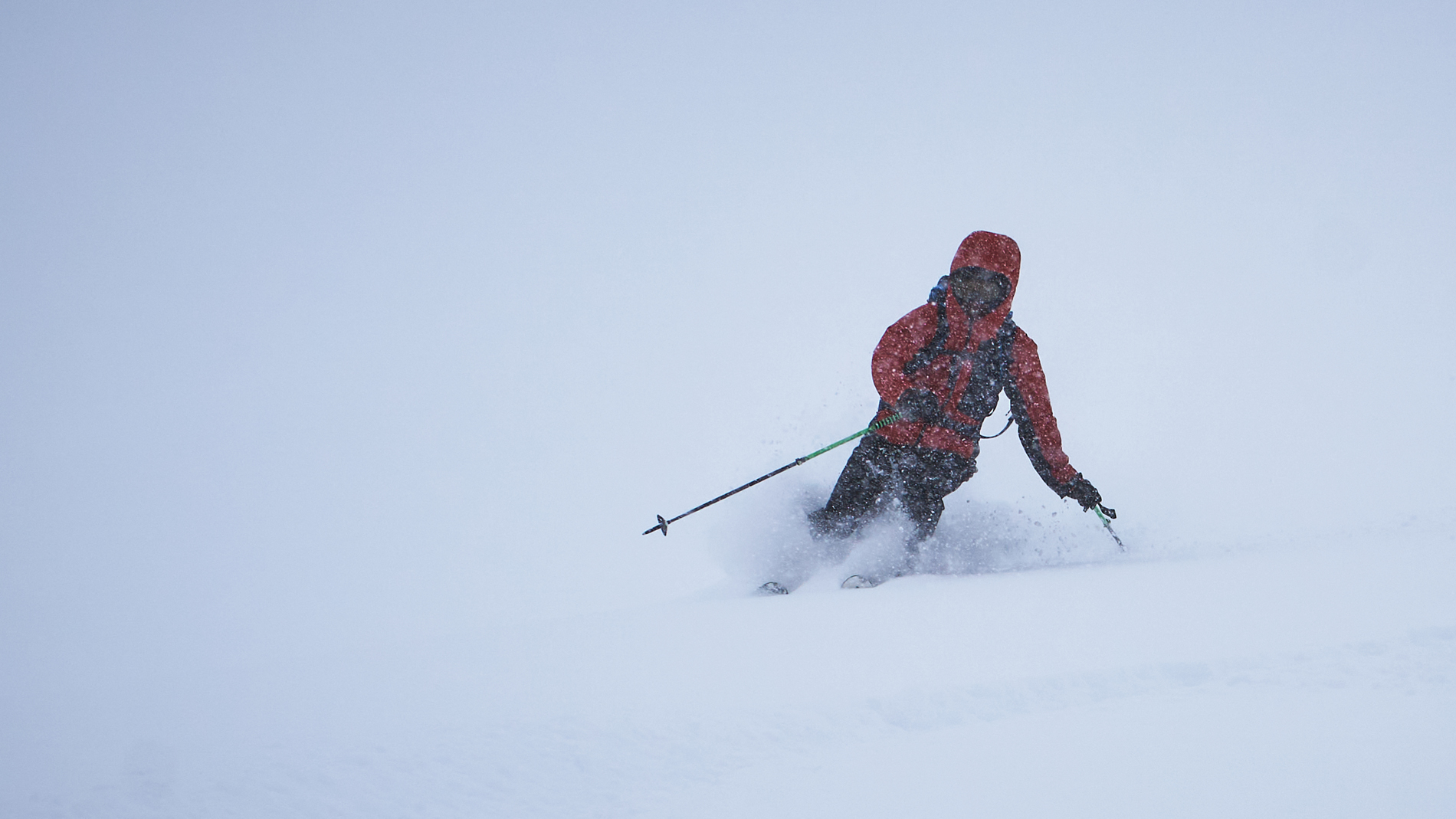